Read “Jumper”, by Steven Gould online on Bookmate – Written in the s by American author Steven Gould, Jumper tells the story of Davy Rice as he. Jumper is the story of David, a teenager who escapes an abusive household using his ability to teleport. As he tries to make his way in the world, he sea. Jumper is a science fiction novel by Steven Gould. The novel was published in mass . Print/export. Create a book · Download as PDF · Printable version. 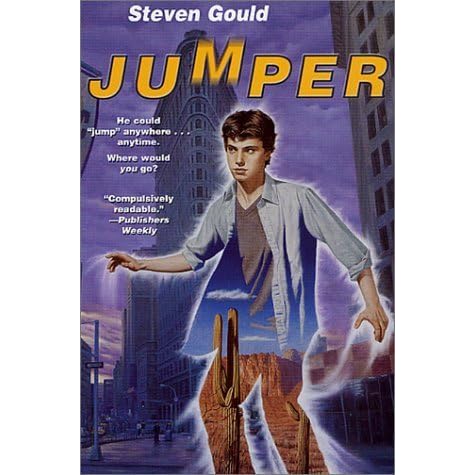 For one brief moment I relaxed, utterly and completely, muscle after muscle unknotting. I went back to Dad's room and stared at him for a while. I grabbed the bottle neck and pulled it gently from between his arm and his side, then set it on the bedside table. This was the man who made me take peanut butter and jelly to school every day rather than part with a crummy ninety cents' worth of lunch money. I picked up the suitcase and closed my eyes. My face hit and I tasted blood.

But the truth i… More. Shelve Jumper. 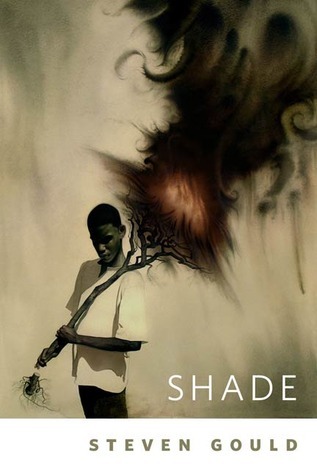 Book 2. Reflex by Steven Gould. Davy has always been alone. His warm saliva splattered my bottom and I pitched forward, the pressure off my arms and hair, the hands off my bottom. My head banged into something and I struck out to hit my hand against something which gave. I turned, clutched at my pants, pulled them up from my knees, while I sobbed for air, my heart pounding and my entire body shaking.

It was dark, but the air was still and I was alone. I wasn't outside anymore. A patch of moonlight came through a window six feet away to shine on bookshelves. I tasted blood again, gingerly touched my split upper lip. I walked carefully down to the patch of light and looked around.

I pulled a book from the shelf and opened it. The stamp on the inside cover told me what I already knew. That was the second time. The first time I ended up in the library, it was open, I wasn't bleeding, my clothes were clean, and I just walked away I thought I'd pulled a blank.

I thought that whatever my father did to me was so terrible that I'd simply chosen not to remember it. That I'd only come back to myself after reaching the safety of the library.

The thought of pulling a blank was scary, but it wasn't strange to me. Dad pulled blanks all the time and I'd read enough fiction to be familiar with trauma-induced amnesia. I was surprised that the library was closed and dark this time. I checked the wall clock. It read two o'clock, an hour and five minutes later than the digital clock in Topper's truck. Jesus Christ.

I shivered in the library's air-conditioning and fumbled at my pants. The zipper was broken but the snap worked. I buckled the belt an extra notch tight, then pulled my shirt out so it hung over the zipper. My mouth tasted of blood and vomit. The library was lit from without by pale white moonlight and the yellow glare of mercury streetlamps. I threaded my way between shelves, chairs, tables to the water fountain and rinsed my mouth again and again until the taste was gone from my mouth and the bleeding of my lip had stopped.

In two weeks I'd worked my way over nine hundred miles from my father. In one heartbeat I'd undone that, putting myself fifteen minutes away from the house. 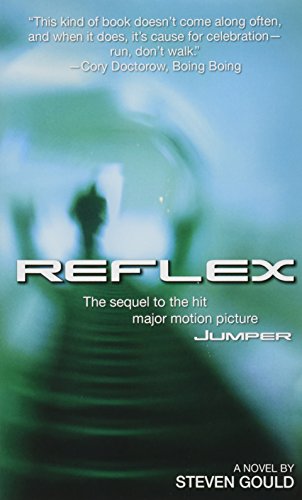 I sat down on a hard wooden chair and put my head in my hands. What had I done to deserve this? There was something I wasn't dealing with. I knew it. I'm so tired. All I want is to rest. I thought of all the snatches of sleep I'd had over the last two weeks, miserable stolen moments on rest-stop benches, in people's cars, and under bushes like some animal.

I thought of the house, fifteen minutes away, of my bedroom, of my bed. A wave of irresistible longing came over me and I found myself standing and walking, without thought, just desire for that bed. I figured by the time any alarm was answered, I could be well away.

It was chained. I leaned against it and hit it very hard, an overhand blow with the flat of my hand. I drew back, tears in my eyes, to hit it again but it wasn't there and I pitched forward, off balance and flailing, into my bed. I knew it was my bed. I think it was the smell of the room that told me first, but the backlit alarm-clock face on the bedside table was the one Mom sent the year after she left and the light from the back porch light streamed through the window at just the right angle.

For one brief moment I relaxed, utterly and completely, muscle after muscle unknotting. I closed my eyes and felt exhaustion steal over me in a palpable wave.

Then I heard a noise and I jerked up, rigid, on the bedspread on my hands and knees. The sound came again. I shuddered. It was strange. It was a very comforting sound.

It was home, it was family. It also meant the son of a bitch was asleep. I took off my shoes and padded down the hall. The door was half open and the overhead light was on. He was sprawled diagonally across the bed, on top of the covers, both shoes and one sock off, his shirt unbuttoned. There was an empty bottle of scotch tucked in the crook of his arm.

I sighed. Home sweet home. I grabbed the bottle neck and pulled it gently from between his arm and his side, then set it on the bedside table. He snored on, oblivious. I took his pants off then, pulling the legs alternately to work them past his butt. They came free abruptly and his wallet fell from the back pocket. I hung the pants over the back of a chair, then went through the wallet. He had eighty bucks plus his plastic. I took three twenties, then started to put it on the dresser, but stopped.

When I folded the wallet, it seemed stiffer than it should, and thicker. I looked closer. There was a hidden compartment covered by a flap with fake stitching. I got it open and nearly dropped the wallet.

I stared down at the money, four rows of five, one row of two, my eyes wide. My ears were burning and my stomach suddenly hurt. I went back to Dad's room and stared at him for a while. This was the man who took me to the mission and the secondhand stores to buy clothes for school.

This was the man who made me take peanut butter and jelly to school every day rather than part with a crummy ninety cents' worth of lunch money. This was the man who beat me when I'd suggested an allowance for doing the yard work. I picked up the empty scotch bottle and hefted it, shifted my grip to the neck.

It was cold, smooth, and just the right size for my small hands. The glass didn't slip or shift as I swung it experimentally. The glass at the base of the bottle was extra thick where the manufacturer had chosen to give the impression of a bigger bottle.

It looked very strong. Dad snored away, his mouth open, his face slack. His skin, pale normally, looked white as paper in the overhead light. His forehead, receding, domed, lined, looked egglike, white, fragile. I felt the base of the bottle with my left hand. It felt more than heavy enough.

I put the bottle back down on the table, turned off the light, and went back to my room. I took notebook paper, cut it dollar-bill-size, and stacked it until it felt as thick as the pile of hundreds. It took twenty sheets to match the stiffness of the money—maybe it was thicker or just newer. I put the cut paper in the wallet and put it back in the pocket of his slacks. Then I went to the garage and took down the old leather suitcase, the one Granddad gave me when he retired, and packed it with my clothes, toiletries, and the leather-bound set of Mark Twain that Mom left me.

After I'd closed the suitcase, stripped off my dirty clothes, and put on my suit, I just stood looking around the room, swaying on my feet. If I didn't start moving soon, I'd drop. There was something else, something I could use I thought of the kitchen, only thirty feet away, down the hall and across the den. Before Mom left, I'd loved to sit in there while she cooked, just talking, telling her stupid jokes.

I closed my eyes and pictured it, tried to feel it. The air around me changed, or maybe it was just the noise.

I was in a quiet house, but just the sound of my breathing reflecting off walls sounded different from room to room. I was in the kitchen. I nodded my head slowly, tiredly.

Hysteria seethed beneath the surface, a rising bubble that threatened to undo me. I pushed it down and looked in the refrigerator. Three six-packs of Schlitz, two cartons of cigarettes, half a pizza in the cardboard delivery box.

I shut the door and thought about my room. I tried it with my eyes open, unfocused, picturing the spot between my desk and the window. I was there and the room reeled, my eyes and maybe my inner ear just not ready for the change. I put my hand on the wall and the room stopped moving.

I picked up the suitcase and closed my eyes.

I opened them in the library, dark shadows alternating with silver pools of moonlight. I walked to the front door and looked out at the grass. Last summer, before school, I'd come up to the library, check out a book or two, and then move outside, to the grass under the elms.

The wind would ruffle the pages, tug my hair and clothes around, and I would go into the words, find the cracks between the sentences and the words would go away, leaving me in the story, the action, the head of other people. Twice I left it too late and got home after Dad did. He liked supper ready. Only twice, though.

Twice was more than enough. I closed my eyes and the wind pushed my hair and fluttered my tie. The suitcase was heavy and I had to switch hands several times as I walked the two blocks to the bus station.

There was a bus for points east at 5: I bought a ticket to New York City for one hundred and twenty-two dollars and fifty-three cents. The clerk took the two hundreds without comment, gave me my change, and said I had three hours to wait. They were the longest three hours I've ever spent. Every fifteen minutes I got up, dragged the suitcase to the bathroom, and splashed cold water in my face.