Palliative Care. Formulary. - This formulary for pain and symptom management in adults is intended as a guide for prescribers in hospital and. The Palliative Care Formulary provides unrivalled and independent drug information for health professionals when caring for adult patients facing progressive. This formulary for pain and symptom management is intended as a brief and simple guide enhance the quality and consistency of palliative care for patients .

Print Share. It is used as a part of routine assessment in palliative medicine unit Symptom control medications during initial referral, and any known drug allergy Number of drugs prescribed, generic names used, and route of medications Adverse effects of drugs during follow-up visit Comparison of the prescribing practices with standard WHO guidelines for prescribing practices by WHO. It is an open assess tool and hence no permission was required for its use. Dry eye Focus: Rev Infect Dis. Oxford University Press

Noncompliance to WHO prescribing guidelines in one fourth of cases and using nongeneric names in two-thirds of prescription indicates poor prescribing practices and warrants prescriber education. Prescription noncompliance by almost two-thirds of patients is alarming and necessitates intense patient, family, and caregiver education and empowerment. Pediatric palliative care as defined by WHO comprises of active total care of child's body, mind, and spirit and also involves providing support to the family.

It begins with diagnosis of illness and continues regardless of whether or not a child receives disease-directed treatment.

Various factors influence prescribing behavior of clinicians and to modify these behaviors it is necessary to understand the factors that underpin these prescribing behaviors. In teaching hospitals, junior doctors emulate the prescribing practices of senior clinicians. It is important to know the existing prescription patterns to monitor, assess, evaluate and suggest appropriate modifications to the current drug prescribing practices. WHO recommends that it is important to pay attention to the frequency and severity of the adverse drug reactions, identify the spectrum of disease and comorbidities, country-specific medicine handling circumstances, drug interactions with the traditional medicines, differences in genetic compositions of the populations in developed and developing countries and pharmaceutical quality of the locally manufactured medicines.

Hence, it is important to have country-specific data about the prescribing patterns of drugs in children and their adverse reactions as the data generated elsewhere may not be relevant. This audit aims to evaluate the drug prescribing practices in specialist pediatric palliative care unit of a tertiary referral cancer and assesses their adherence to WHO recommendations for drug prescribing in children.

As this study was a retrospective audit, IRB permitted waiver of consent.

Data required to know the prescribing practices of specialist pediatric palliative care unit was recorded for each patient encounter and data was manually entered into the study case record form.

Follow-up visit information recorded were date of follow-up, ECOG score, weight, treatment compliance, recording of symptoms, adverse effects of drugs, changes made to prescription during follow-up, deviation from standards recommended by the WHO. Sociodemographic and clinical characteristics of patients who received services from specialist pediatric palliative care unit.

It is a standard tool used to assess the performance status of the patient. It is an open assess tool and hence no permission was required for its use.

These indicators and the adherence to the drugs and dosage guidelines were studied. Data necessary to measure the drug prescribing practices was recorded for each patient encounter and entered directly into the case record form. Using the final compiled master database, descriptive statistics proportions, means and standard deviation, medians, as appropriate was used to describe patient characteristics, symptoms, and details of drug prescribing practices.

Equivalency of proportions in contingency tables was tested using the Wilcoxon Signed Ranks Test for ESAS scores with baseline and follow-up to determine if there is any significant improvement.

A total of children with advanced cancer were enrolled in the pediatric palliative care service from January 1, , to December 31, There was a steady rise in the referrals to the specialist pediatric palliative care during the audit period [ Figure 1 ]. Among the total number of patients referred In Only 56 4. Symptoms were screened using ESAS scale during the first visit. Severe pain median score 3 was present in Symptoms such as drowsiness, breathlessness, and nausea were less common.

Change in symptom burden was recorded using ESAS at first follow-up. Comparison of Edmonton Symptom Assessment System score at referral and at first follow-up with test statistics of Wilcoxon signed ranks test. Palliative care formulary is used as a reference guide to inform the prescribing practices of the department. The service over a period of 5 years — prescribed drugs in prescriptions. Most commonly used opioid was morphine, found in Although Codeine is not recommended in children, Codeine was prescribed in Paracetamol was found in Most common nonsteroidal anti-inflammatory drugs prescribed were ibuprofen found in For neuropathic pain mostly common drug prescribed was amitriptyline found in 67 5.

Among the drugs acting on GI system, pantoprazole was found in Among the antibiotics prescribed, amoxicillin was the most commonly prescribed antibiotic found in 45 3. Dexamethasone was found in Multivitamins were found in Average number of medications was 4. This was in addition to ongoing oral cancer medicines.

Pain was the most common symptom in children. Morphine was prescribed in These findings are supported by a study done by Curtis and Walsh on adults with advanced cancer where strong opioids were used for pain control. In patients where it was not possible to give orally, such as in intestinal obstruction and dysphagia, other routes of administration such as transdermal, subcutaneous, and intravenous routes were considered. Laxatives were given to Along with opioids prescriptions, paracetamol was the most commonly used step I analgesic.

This is in accordance to WHO analgesic ladder. Dexamethasone has multiple mechanisms of action such as anti-inflammatory, appetite stimulation, anti-edema effect, antiemetic, and anti-neuropathic pain actions. Its role as an adjuvant analgesic reduces the need for multiple medications. Antibiotics were used in The prescribing prevalence of antibiotics was low compared to other studies done in general pediatric patients. 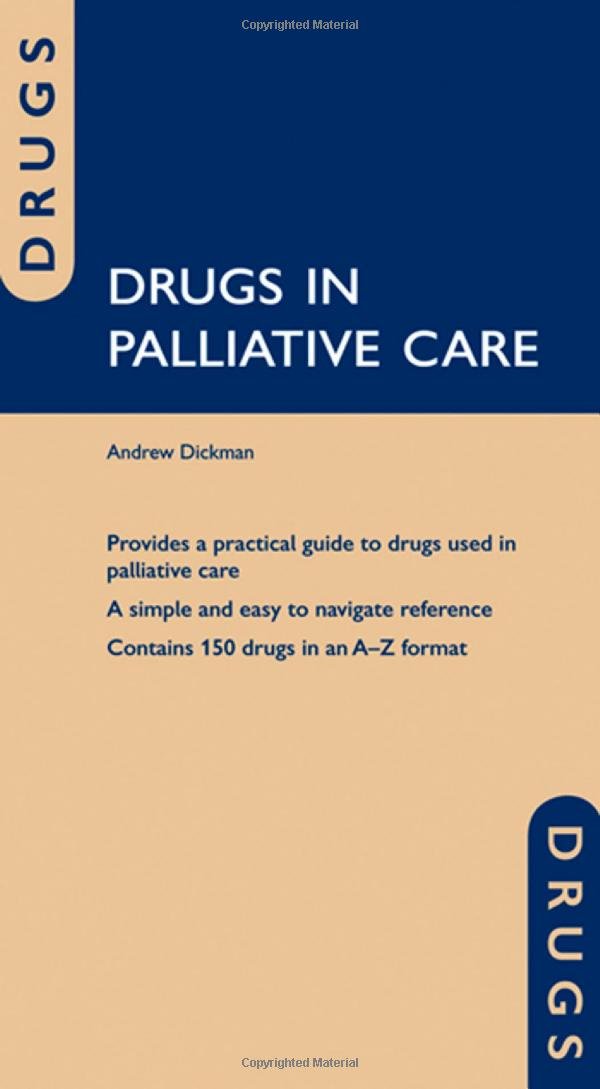 The most common infection in children is bacterial upper respiratory tract infection caused by Streptococcus pneumoniae, which is sensitive to penicillin group of antibiotics. Ciprofloxacin was prescribed to only 0. It is generally avoided due to its toxic effects in children which is similar to the reports from other studies.

This is comparable to WHO data. Little comparative information is available in the literature concerning palliative care prescribing practices in children. This is the first study that has examined a large data from a tertiary cancer care institute from India, which has examined the pediatric palliative care prescription patterns for children with advanced life-limiting illness.

The data were sourced from both manual and electronic medical records to minimize errors and avoid missing data. Limitations to the audit can be ascribed to its retrospective nature. Formal cost analysis could not be done due to inadequate data on quantity of medicines issued. Future studies need to focus on formulating a set of criteria, which can facilitate creation of a robust prescribing system. This audit may provide some insights that can assist in creation of a pediatric palliative care pharmacopeia.

METHODS Study method and population This is a retrospective audit of the prescribing patterns of all patients referred to specialist pediatric palliative care unit over a period of 5 years from January 1, , to December 31, Data collection and outcome measures Audit Data required to know the prescribing practices of specialist pediatric palliative care unit was recorded for each patient encounter and data was manually entered into the study case record form. The following variables were recorded: